The 5 best road trips in Portugal 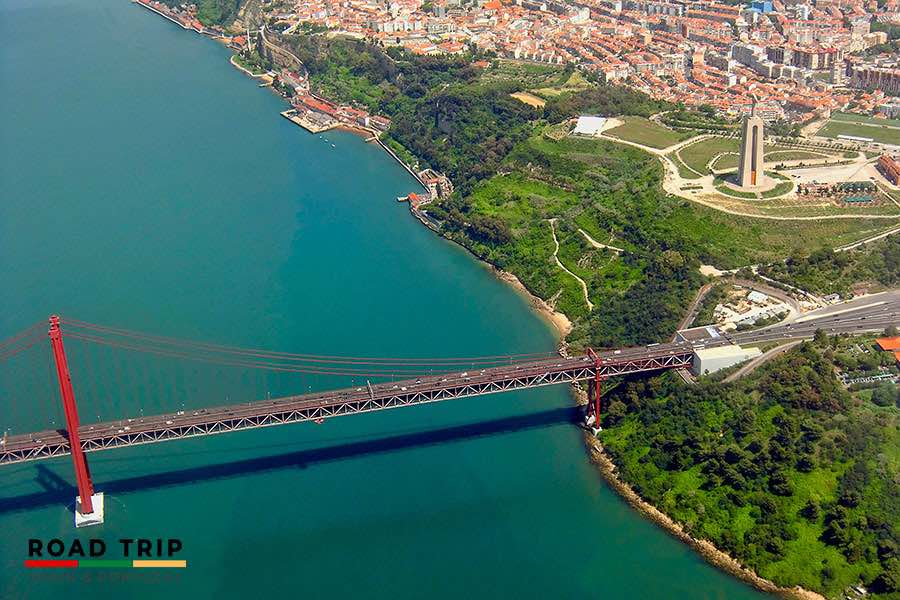 We’ve put together a short list of the best road trips in Portugal, from the lush northern half of the country to the southern beaches of the Algarve.

The list is far from being comprehensive. Portugal provides endless opportunities for a road trip. Take it as a start point for your future trip research of best road trips in Portugal. And if it’s Portugal’s neighbour you are interested in, have a look at the 20 best road trips in Spain.

Arguably, one of the most extraordinary routes you can take in Portugal lies in the middle of the Atlantic Ocean. São Miguel is the largest of the islands forming the archipelago of Azores and its home to a unique landscape formed by several ancient volcanoes.

Ponta Delgada is the start for the trip. We head first to the Miradouro da Vista do Rei, overlooking the crater of the ancient volcano of Sete Cidades. From the viewpoint it is a short drive to Ponta da Ferraria and its spa, located on a rugged stretch of the coast. Driving through Mosteiros along the north coast of the island, we will reach Ribeira Grande. Time for another outstanding viewpoint, the Miradouro do Pico da Barrosa, overlooking the Lagoa do Fogo (Fire Lagoon), the crater of another ancient volcano. The Ermida da Nossa Senhora da Paz is a beautiful example of religious architecture. At the Lagoa da Furnas you will witness the thermal activity going on under the surface. Enjoy the hot baths at the Poça da Dona Beija and visit the beautiful Parque Terra Nostra. The tea plantations at Gorreana will put the perfect end to the trip.

Island of São Miguel, on the Azores arquipelago.

The Douro Valley and its unique landscape, included by UNESCO on its World Heritage list, provides the scenery for a spectacular trip. One of the best road trips in Portugal indeed. Vineyards and terraced hills are a common sight and create stunning landscapes.

Porto is the starting point for the trip. We stop at the beautiful town of Amarante before reaching the first viewpoint over the Douro Valley: St. Leonardo de Galafura. Driving through Peso da Régua, we will reach Lamego, where the beautiful baroque church of the Santuário da Nossa Senhora dos Remédios is worth a small detour. The drive between Peso da Régua and Pinhão is an absolute delight. O Miradouro de São Salvador do Mundo is another outstanding viewpoint over the Douro valley, and so is the viewpoint at Casal de Loivos. If you have time, extend your road trip to reach Miranda do Douro, where you will be able to embark on the most incredible river cruise along the Douro river.

Douro Valley, on the northern half of Portugal.

Several locations along the Douro Valley.

You would think driving between Lisbon and Porto, the two most important cities in Portugal, would be a straightforward – and boring, affair. That might be the case if you take the fast route but we are here to present an alternative route. It is a trip filled with history and fascinating places.

The first stop after leaving Lisbon is Óbidos, a beautiful walled medieval town. In Alcobaça we visit the Real Mosteiro de Santa Maria de Alcobaça, a World Heritage Site. It is time to head for the coast, Nazaré is one of the most popular beaches along the Atlantic coast, and you will climb the Miradouro do Suberco for a superb overall view of the region. Nearby Mosteiro da Batalha is another beautiful monument on UNESCO World Heritage List. The university city of Coimbra is a major stop on the route. Aveiro is the final stop before the end of the route in Porto.

From the center to the north of Portugal.

The Alentejo is a very important Portuguese region found roughly between Lisbon and the border with Spain. It is a region of vast open countryside and absolutely delightful towns and villages.

The route takes off from Elvas, just a few kilometers away from the Spanish border. You will be impressed by its fortifications and the awesome Aqueduto da Amoreira. We head north next to visit the beautify town of Marvão and its castle, in the middle of the Serra de São Mamede Natural Park. We head south again for Estremoz and its castle. Along with charming Vila Viçosa, the two towns are famous for their marble. Next on the route, Évora, the absolute highlight of the region. A World Heritage city, it is one of the best preserved towns in Portugal. Corval is one of the most important ceramic centers of Portugal. A few more miles down the road, medieval Monsaraz is another picturesque village of the Alentejo. Serpa and its white houses is one of the most traditional towns of the region. Moorish Mértola is the final stop for the route.

This east to west route (or vice versa) will take you along the coveted southern coast of Portugal in the region known as Algarve. Sure, the more than a hundred beaches of the region are a powerful magnet for tens of thousands of Germans, Britons, Irish and citizens from other European countries. But there is life beyond the crowded beaches, as you will find along the route.

The starting point for the route, close to the Spanish border, is Vila Real de Santo Antonio, famous for its towels and a good place to get acquainted with the delicious Portuguese food. Tavira and Faro both have beautiful historic centers worth a visit. Loulé is a traditional market town with a spectacular castle. A quick stop at the Marina de Vilamoura marina provides a glance at the lives of the well-off in the region. Lagos and its beaches and the fortress at Sagres are stops along the route before an end point in great style at Cabo de San Vicente, the perfect place to watch the sunset in the region.

What you have seen on the text above are shortened versions of the best road trips in Portugal. As we speak, we are working on full-blown versions of all the routes that we intend to publish, one at a time, over the coming months.

Once the full routes are ready, we will put a link to each one of them.