The do’s and don’ts of driving in Spain 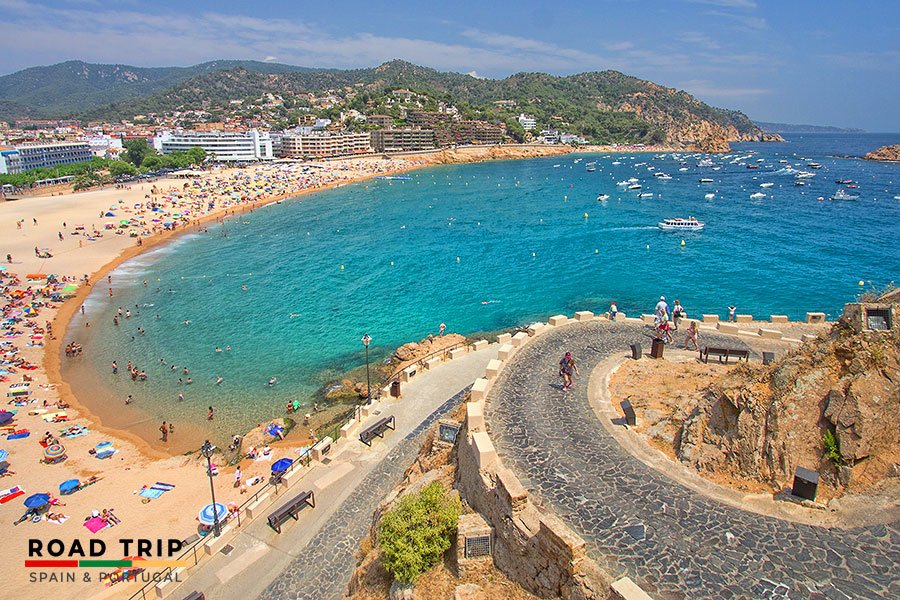 It is so easy to go about a wonderful road trip in Spain. To make your life even easier, we have put together a series of recommendations. Welcome to the do’s and don’ts of driving Spain!

We are aware that, depending on your country of origin, you will be familiar with some or most recommendations. Which is good news, as it means you are more than ready to drive in Spain. It is true that a substantial part of the advice we give here can be applied to driving in any country on earth.

Do get familiar with the decimal system

Like the rest of Europe, Spain uses the decimal system. What that means is that distances and speeds are expressed in kilometres (km) and kilometres per hour (km/h) rather than miles and miles per hour.

At the service station, you will fill your tank by the litre and not by the gallon.

Do stay on the right

Yes, in Spain we drive on the right hand side of the road. It will be obvious to many people, but this is a bit of knowledge you cannot take for granted.

The concept of turning right on a red light, common in countries like the United States, does not exist at all in Spain. Red means red. Never go through a red light.

Do keep your tank full

This piece of advice is particularly relevant if you are going off the beaten track. Always make sure you keep your tank full, you never know how far you will have to drive till the next service station.

If you plan on driving along a motorway, be aware that the distance between service stations can be considerable, sometimes 40 km or more.

Be familiar with the types of gas / petrol in Spain

On service stations in Spain (called gasolineras or estaciones de servicio) you will find 3 types of gas:

If you are driving your own car you will know which type of gas to use. If you are on a rented car, it is common practice to have a sticker on the inside of the tank lid showing the type of gas you should use.

The way you go about filling your tank changes from one station to another. In most service stations, you fill your tank first and then enter the store to pay for the amount of gas you have used.

Breath alcohol tests are common. Drink driving laws in Spain are strict and the penalties include heavy fines, the loss of your licence and even imprisonment. If you are involved in an accident while driving drunk you will be in serious trouble.

The actual blood alcohol level allowed by law is slightly above 0.5 g/l in the bloodstream but our advice is quite simple: avoid all risks by not drinking at all if you are driving.

Never mind the chances of a serious encounter with the law. The most important reason why you shouldn’t drink and drive is that it is dangerous, for you, for the people travelling with you and for anyone else on the same road as you.

Do get familiar with the types of roads

The good news is that the majority of roads in Spain are free to use. The country’s road system is made up of the following types of roads:

Do know when to use “autovías”

While autovías, free motorways, are great to take you fast (and cheap) from A to B, they are not that great when it comes to road trips, as they won’t take you through villages or allow for wonderful discoveries along the way.

Do find out what the speed limits are

While there are exceptions to the general rule, the most common speed limits are:

The rules, and its exceptions, are complex, so always pay attention to the speed limits and make sure you do not exceed them.

Just because, say, the maximum speed limit on autovías is 120 km/h, it doesn’t mean you cannot find a stretch of road where the limit drops drastically.

Do check out for speed traps

The truth is that if you stick to the speed limits there isn’t much reason for concern regarding speed traps (in Spanish, radares de velocidad).

But in any case, be aware there can be both fixed speed traps or mobile speed traps. The latter can be found onboard unmarked police cars or even onboard helicopters. Yes, you could be fined for speeding from a helicopter without you even noticing!

Do wear your seat belts

Whether you are sitting on the front or the back seats, always wear your seat belts. Always.

Do drive safely around cyclists

Cyclists are a very common sight on many Spanish roads and cyclists’ safety is a huge issue in the country.

Very often, it’s people practising a very popular sport in the country. The number of cyclists killed in traffic accidents is alarmingly high, and the Highway Code has been changed several times in recent years to introduce new provisions to protect cyclists.

Before you overtake a cyclist or group of cyclists, make sure you can keep a distance between your car and the cyclist closest to you of at least 1,5 metres.

Don’t use the phone while driving

Law enforcement agents do not take it kindly to people using their mobile phones while driving. It’s a certain fine and could have worse consequences if you are involved in an accident while holding your phone.

Do learn how to navigate roundabouts

Rotondas, the Spanish word for roundabouts (or traffic circles), are such a common feature of the Spanish landscape that you should be familiar with them. There is even an ongoing joke that describes Spain as a “roundabout nation”. It is a bit of an exaggeration, as roundabouts are quite common in other European countries too, but there you go.

There are mainly two types of rotondas. The easy ones are those where several sets of traffic lights decide who can go and who has to wait.

Once you are in, you are king, and other cars willing to join the roundabout should wait.

To leave the roundabout, make sure you take the right lane and use your indicators to show your intention of leaving the roundabout.

Do use signal indicators

The majority of Spanish drivers use signal indicators every time they take a turn or move lane along a motorway. You should do that too. Also use them, as we have just mentioned, before you leave a roundabout.

It’s quite funny because you could be overtaken at 180 km/m, way above the maximum speed limit, and the driver will use the indicator when he begins to overtake you and once he finishes overtaking too.

Spaniards are particularly fond of short breaks, and bank holidays are notorious for traffic jams and huge crowds across tourist destinations all throughout the country. Bank holidays are the times when the inhabitants of the large cities take to the road to visit smaller destinations in nearby regions.

Do look after your kids

According to Spanish law, children under 135 cm in height must not sit in the front seat and must use a restraint system.

If you are travelling with children, make sure you use the correct car seats.

Do pay your fines on the spot

God forbid you receive a fine while driving in Spain! But if that happens and you pay the fine on the spot, it comes with a 50% discount. The same 50% applies if you pay the fine within 20 calendar days.

Do pick the right vehicle for your trip

Unless your budget is unlimited, you should know that even the most compact model of car will do the trick. Sure, if you are thinking of coming to Spain during summer, we strongly advise you to rent a car equipped with air con. But other than that, there are no other specific requirements you should be aware of.

And not, you do not need a four-wheel drive.

Don’t pull over just anywhere to take a picture

We have seen the scene too often, in particular on small country roads. As soon as a great photo opportunity appears, the driver stops the car in the middle of the road regardless of incoming traffic. Don’t do that. You are going to piss a lot of people off and, even worse, you can cause an accident.

On top of that, be aware that, if you stop by the side of a highway, you must wear a fluorescent jacket – all Spanish cars are equipped with one. If you don’t do so and a police car drives by, you will be fined.

Don’t park your vehicle any old how

While parking in remote areas doesn’t usually pose much of a challenge, the same cannot be said of cities, where parking is no mean task.

We have published a text, Parking in Spain, full of tips and information on the issue.

And that was our collection of advice for you, planning a road trip in Spain. We hope you found it useful. If you have any questions, you are more than welcome to use the commentary box below.